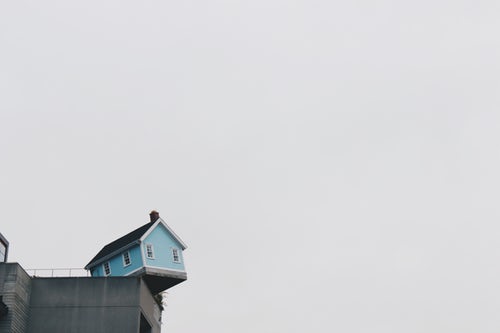 On 17-19 April this year the High Court heard challenges by several tobacco companies to the validity of the Commonwealth’s tobacco packaging legislation, the Tobacco Plain Packaging Act 2011 (Cth) (Act).  The tobacco companies sought to rely upon a requirement in Section 51 (xxxi) of the constitution to the effect that the power of the Federal Parliament to make laws which provide for the ‘acquisition’ of property is limited by a requirement that it be exercised on ‘just terms’.  The companies argued that relevant provisions of the Act were invalid because they constitute an acquisition of the their intellectual property, otherwise than on just terms. The Commonwealth Constitutional power to make legislation to acquire and its concomitant ‘just terms’ qualification do not distinguish between different types of property. We can have property in shares, mining tenements, water and various other things, as well as land.

The Court found in favour of the Government. The decision was published on 15 August 2011[1] and the full reasons for that decision on 5 October. The relevant property in that case comprised various kinds of intellectual property, such as trademarks, patents and designs in the packaging and brands of the companies.

The Tobacco Packaging Case is now one of a long line in which a wide range of litigants have tested the meaning the Commonwealth Government’s constitutional power to make legislation providing for the acquisition of property. Many of the legal principles considered in the case are relevant to all types of property, including land.

The High Court has accumulated a formidable body of legal precedent decisions on the property acquisition power.  At issue, for example, have been laws concerning the marketing of apples and pears, a hydroelectric scheme, a car park, mining tenements and oil exploration rights in the Timor Sea, to name a few.

In all of these cases some kind of property was directly or indirectly taken or acquired in a way that the plaintiff clamed was beyond the power granted to the Commonwealth by section 51(xxxi).

It must be understood that the Constitution generally only says what the Commonwealth Government can do. Section 51(xxxi) the Constitution is not a direct statement of the citizens’ rights. It simply empowers the Commonwealth to make a particular kind of law. In contrast the Constitution of the United States of America (USA) in its Fifth Amendment, gives all citizens the right not to have their property taken by the Government, unless they are compensated. Therefore in the USA, anyone can challenge an action of a Government, State or Federal, which deprives them of property rights.

In Australia there is now a complex body of legal principles applicable to both Federal and State Laws, with a pedigree that goes back at least a thousand years in the English law we have inherited in Australia. We have added to this dense mass our own peculiar permutations, particularly through Commonwealth Constitutional law. For example, the simple idea in section 51(xxxi) of the Constitution that the Commonwealth can make laws to ‘acquire’ property provided it does so on just terms has been bedeviled by a number of complications.

The word ‘acquire’, for example, does not simply mean ‘take’. The Government must benefit in some way from the taking for it to be an ‘acquisition’ which triggers the constitutional requirement to provide just terms.  It follows that if the Commonwealth makes laws to take or extinguish property and it does not at the same time benefit from its actions, it does not have to provide for compensation to the property owner on just terms.   This is just an example which is illustrative of a confusing and difficult to penetrate area of law.

Property rights, however, have not been overlooked by the common law. When it comes to land, State law is much broader than Federal law.  What is not commonly appreciated is that the laws of the States arguably include a common law right, similar to the US Fifth amendment, to claim compensation for a taking, without the complication of showing that the taking was also an acquisition[2]. For a State to take property without paying compensation, it must be very specific in its legislation and not simply so it by ‘the back door’. The law requires honesty and transparency. Unsurprisingly, direct examples of a State trying to take property without compensation while complying with that requirement cannot be found. Unfortunately, various examples have been seen of the ‘backdoor’ method, including the taking of conservation areas and forcing subdividers to give up excessive areas of public open space.

There is a paucity of relatively recent judicial decisions on the State law in this area. However, perhaps with the ever widening reach of environmental law and policy and its effect on private property, there will be a ‘showdown’ between the State and a private land owner. The likelihood of that happening will be increased if environmental legislation does not have inbuilt mechanisms to protect private property, including ‘just terms’ compensation provisions and independent appeal rights.  Legal certainty about the rights attached to property is one of the essential features of a successful national economy and is bound up in the related legal subject, the rule of law[3].

The social and political reach of the Tobacco Packaging Case and the issues that are associated with it therefore go well beyond the immediate interests of the parties involved. The cause of big tobacco is hardly an easy one to progress in ‘polite society’ and few outside of that industry are likely to feel more than a momentary pang of regret for the loss of the alluring packaging that has been synonymous with tobacco retailing. The broader issues are not always that clear, however.

The famous Tasmanian Dams[4] case, for example, was a direct consequence of the Hawke Government’s designation as a National Park of a large area of Tasmania, following the ALP’s 1983 election win. A large part of Tasmania was declared a National Park and the High Court by only a four to three majority upheld the legislation, partly because it took the view that a taking of land which does not involve a benefit accruing to the Commonwealth, is not, for the purposes of the Constitution, an ‘acquisition’. It is noted that the question of whether or not there is a benefit is very fact specific and is likely to be an issue of contention in many cases.  Debate over the narrow win for the Government in the Tasmanian Dams case still arises from time to time.

There is little doubt that the Tobacco case will not be the last word on this subject. Given the volume and complexity in State environmental and town planning Law, it will not be surprising if a major case arises in one of the States’ Courts. The importance of these cases was summarized by Justice Michael Kirby when he was on the High Court. He said:

‘One of the institutional strengths of the Australian Economy is the Constitutional guarantee of just terms where the property interests of investors are required under Federal law. This Court should not undermine that strength by qualifying the guarantee. Neither the Court’s past authority nor economic equity requires such a result. If it can happen here it can happen again and investors will draw their inferences.’ [5]

It is to be hoped that this warning is remembered by future courts and governments.

[3] See for example, Hernando de Soto, The Mystery of Capital, Why Capitalism Works in the West and Fails Everywhere Else, Basic Books, 2000 and Niall Ferguson, The Rule of Law And Its Enemies, BBC, 2012 Reith Lectures.