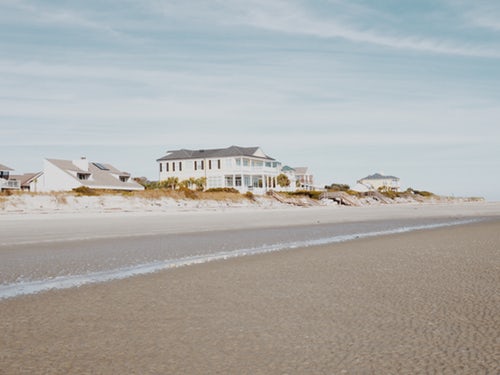 The recent decision in Taylor v City of Kwinana [2015] WASC 252 (Taylor) demonstrates the wide penalty range that can apply in the sentencing of planning offences. The appellant in Taylor was sentenced in the Magistrates Court for failure to obtain planning approval for the use of his property in Kwinana Beach. The use in question related to the storage of machinery and equipment. The City of Kwinana notified the appellant that this constituted an unlawful use and requested that such use should cease, however these requests were ignored for some 12 to 15 months.

The Magistrate imposed a fine of $30,000 and a daily penalty of $50 per day for 162 days totalling $8,100. This penalty constituted 15% of the maximum head penalty, being $200,000, and 0.2% of the maximum daily penalty, being $25,000 per day. In presenting his case for appeal the appellant claimed, amongst other reasons, that the sentence imposed by the Magistrate was manifestly excessive in that it was outside the range of penalties normally imposed for offences of this nature, having regard to the circumstances of the offence and the appellant.

The appellant claimed that the fine imposed was disproportionate to the level of offence. The appellant contended this was evidenced by the fact that it was his first offence, the contravention was low impact, easily reversible and not in a residential area and planning approval was retrospectively given. Additionally, the appellant relied on relevant case authorities.

The Supreme Court of Western Australia found that the sentence was not manifestly excessive. In coming to this conclusion Justice Le Miere referred to the observations of Justice Edelman in the case of Paolucci v Town of Cambridge [2013] WASC 50; (2013) 193 LGERA 388 (Paolucci). Justice Edelman observed that it was difficult to ascertain a clear range of penalties for ‘planning offences’, although in determining an appropriate penalty, guidance can be sought from previous decisions provided that regard is had to the facts and circumstances of each case.

Under the Planning and Development Act 2005 (WA) (PD Act) individuals found to be in breach of planning provisions face a head penalty of $200,000 and $25,000 per day for each day that they are found to be in breach. In reality, the penalty imposed could fall within an extremely wide range of monetary fines. As stated above above, the exact quantum of the penalty is to be informed by a comparison of the facts and circumstances of previous cases with those of the immediate case before the court.

While this statement is useful as an overarching principle, it does not provide a great deal of certainty to individuals who face penalties for alleged breaches of planning provisions. Unfortunately, the broad nature of planning offences necessitates a broad penalty range. For example, an individual who has not paved her driveway in accordance with the requirements of the planning approval issued by the local authority can be contrasted with an individual who has constructed an unsafe and hazardous dwelling with no planning approval whatsoever. Both of these scenarios are considered planning offences under the PD Act, yet they are clearly substantially different in facts and circumstances and therefore cannot be considered to fall within the same category of ‘seriousness’.

So what should an individual do when faced with prosecution for a planning breach? The Court’s comments in Taylor illustrate the need for a detailed knowledge of the case law history of planning breaches to determine the likely penalty in the event of prosecution. This initial assessment will assist an individual in deciding how to proceed. Without such an understanding an individual will find it difficult to assist the Court in determining a reasonable and appropriate penalty given the relative severity of the facts and circumstances. Legal advice should be sought so that an individual facing sentencing for a planning offence does not receive an overly harsh penalty.