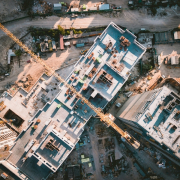 Major planning reforms were announced by the State Government in May 2020 with the stated intention of streamlining development and simplify the planning system. The proposed amendments are intended to result in immediate and substantial changes to the regulation of some aspects of land development in order to get significant ‘shovel ready’ projects underway and assist in the State’s economic recovery.

In this article we give an overview of the proposed new Part 17 of the Planning and Development Act 2005 (WA) (PD Act) and make some comment on these proposals, insofar as they relate to ‘significant developments’. Although the Planning and Development Amendment Bill 2020 (Bill) is divided into 17 parts, only one of them is particularly relevant to the streamlining of the planning system, that is Part 2 ‘Special provisions for COVID-19 pandemic’. That part will insert the new COVID measures as Parts 17 and 18 of the PD Act and have effect on the day after the Bill obtaining royal assent.

We note that while the proposals are aimed at the development process, other aspects of planning, such as subdivision and structure planning, are not addressed. The focus on development may assist to expedite the approval process for in-fill development involving construction, for example mixed use buildings. Major proposals involving subdivision and associated processes such as structure planning do not fit within the framework of the Bill. The Bill could be enhanced by expanding its range to include such proposals.

The new provisions are intended to be interim in nature and apply in the 18 months that follow assent. According to the Department of Planning, Lands and Heritage fact sheet on significant developments, a Special Matters Development Assessment Panel, which is provided for in Part 3 of the Bill, will be established and become the decision-maker for complex development proposals.

The changes establish the Western Australian Planning Commission (WAPC) as the interim decision-making authority for all ‘significant development’ in regard to which applications are made within the 18-month period (referred to as the ‘recovery period’) which starts on the day after assent. To be considered a significant development the proposal must have an estimated cost of at least $30 million and:

The primary matters the WAPC must consider when determining a development application are as follows:

In becoming the decision-making authority for significant developments, the WAPC’s power has been expanded significantly. For example, the proposed amendments to section 275 state that the WAPC is not bound or restricted by any ‘legal instrument’ that would otherwise apply in relation to the making, consideration or determination of the development application. Also, under the Bill the WAPC is not limited to considering planning matters when determining development applications. Examples of the legal instruments that will not bind the WAPC in its decision making include local planning schemes and by-laws. Therefore, the WAPC is not bound by zoning provisions, although in the case of residential development, it must have due regard to the Residential Design Codes (R-Codes).

However, the WAPC is prohibited from extending the period within which the development must be substantially commenced. The intention of this provision, according to the explanatory memorandum, is that a development approval granted in the recovery period is a ‘use-it-or-lose-it’ opportunity.

Undetermined development applications made before the commencement of the recovery period may be approved under the Part 17 provisions, if the applicant gives notice to the Minister for Planning Lands and Heritage (Minister). If the Minister is satisfied that the application involves issues of State or regional importance and makes a recommendation to the Premier to that effect, the Premier may then refer the matter to the WAPC for determination.

An applicant’s right to a review in the State Administrative Tribunal (SAT) remains unchanged under the amendments. However, the significance of the WAPC’s interim powers appear to be reflected by the new requirement of the SAT to include at least one judicial member when reviewing the WAPC’s determination of a development application.

A major amendment is a new conflict resolution process which applies where applicants require multiple approvals from various Government departments, agencies and decision-makers, and may have contradictory or inconsistent conditions imposed by various decision-makers. An example given in the explanatory memorandum accompanying the Bill would be the requirement to obtain a liquor licence.

Environmental legislation, in particular the Environmental Protection Act 1986 (WA) and Contaminated Sites Act 2003 (WA) applies to the determination of a development application under Part 17. However, conflicts may be resolved as mentioned earlier in this article.

The Second Reading speech indicates that the focus on good design is intended to address community concerns around development and upzoning of areas in a way which may not have always been complementary to the existing streetscape or amenity of the area. The focus on good design also purports to overcome issues in local governments, which have not implemented clear design guidelines, in order to achieve minimum design standards across all local government areas.

The provisions of Part 17 of the Bill provide for some unusual arrangements for accelerating the processing of development applications. However, the Bill does not address complex proposals that may involve a broader range of planning instruments, including subdivision and structure planning. It would be desirable to broaden the scope of the Bill so that the planning system can respond flexibly to the need for the early approval of ‘shovel ready’ developments that would benefit the State economically.