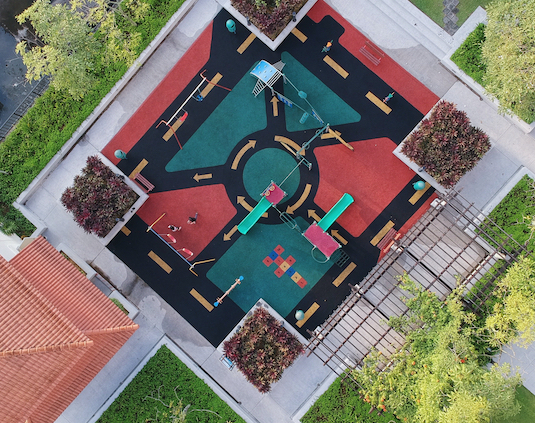 Development contributions are collected by local governments or service providers to cover the cost of new infrastructure which is necessary as a result of subdivisions and new development. They are levied through Development Contribution Plans (DCPs). Over the years, developers and landowners have encountered significant issues with the preparation, management and implementation of DCPs.

The revised version of State Planning Policy 3.6 Infrastructure Contributions (SPP 3.6) has recently been released and is effective from 30 April 2021. It is intended to set out the principles and requirements that apply to the collection of development contributions across all developments which result in a demand for new infrastructure and services.

SPP 3.6 is supported by the SPP 3.6 Infrastructure Contributions Guidelines (SPP 3.6 Guidelines), which provides further guidance on the preparation and operation of DCPs.

SPP 3.6 has been updated to provide a more specific list of development infrastructure and community infrastructure items for inclusion in a DCP and the standard requirements of each item.

A critical change in the revised SPP 3.6 is the introduction of a process for the early acquisition of public purpose sites. This means that in certain circumstances, the Department of Planning, Lands and Heritage (DPLH) may pre-fund the acquisition of land which has been identified for public purposes in a structure plan. This is a laudable initiative provided it works in practice. The subtext of the reference to conservation category wetlands, Bush Forever or easements is essentially that such land will be acquired or sterilised free of cost to the State, local government other landowners. If such land is utilised for community purposes or saves other costs, such as public open space contributions, then the original owner should be credited with the contribution.

This has been introduced with the stated objective of prevent landowners whose land has been identified for public purposes from being unduly disadvantaged by their inability to develop or sell the remainder of their land, which is  required for public purposes. Any negotiations regarding early acquisition by the DPLH will have regard to any existing constraints on the land, such as conservation category wetlands, bush forever or easements.

The maximum lifespan of a DCP is 10 years, however in limited circumstances a longer lifespan up to 15 years may be considered. A longer lifespan can only be considered if there is sufficient justification, such as a shortfall in funds collected due to a reduction in the rate of development within the development contribution area or where there has been a change in the scope of infrastructure items funded through a DCP.

One obvious effect of a longer lifespan of 15 years is that it will extend the timeframe within which infrastructure can be completed. This could impact buyers who purchase property at an early stage within an area affected by a DCP.

The triggers for the payment of cost contributions remain the same (that is, upon the first subdivision or development approval, before the WAPC endorses its approval on the relevant deposited plan or strata plan or other triggers identified in the local scheme). However, there is a new provision which requires a local government to consider whether minor or incidental types of development, such as the clearing of land or erection of a boundary fence, or a change of use which does not generate additional infrastructure demand, can be excluded from triggering liability to pay a development contribution.

The SPP 3.6 Guidelines acknowledges that that the pathway of seeking an arbitrated outcome in accordance with the Commercial Arbitration Act 1985 has rarely been used due to the complexity and costs associated with this process.

New provisions are proposed to be included in the Planning and Development Local Planning Scheme Regulations 2015 which would permit rights of review to the State Administrative Tribunal in situations where: (a) there is disagreement about the amount of the contribution required to satisfy a related condition of subdivision or development approval; and (b) a decision of a local government regarding the timing for refunding credits.

Existing DCPs will continue to remain valid for the lifespan of the DCP. However, where DCPs do not have a nominated lifespan, there is now a three-year transition period for amending existing DCPs. Existing DCPs must adhere to all monitoring and reporting requirements of the new SPP 3.6.

Landowners and developers should be aware that DCPs that were prepared prior to 30 April 2021 and have been submitted to the WAPC for approval will be considered and assessed against the 2009 version of SPP 3.6. However, such DCPs will still be required to adhere to all operational, monitoring and reporting requirements of the new SPP 3.6.

The SPP 3.6 and SPP 3.6 Guidelines are available on the DPLH website here. If you would like to clarify any aspect of SPP 3.6 or discuss how it may apply to your land, please contact us by telephone on (08) 6460 5179 or email at admin@glenmcleodlegal.com.