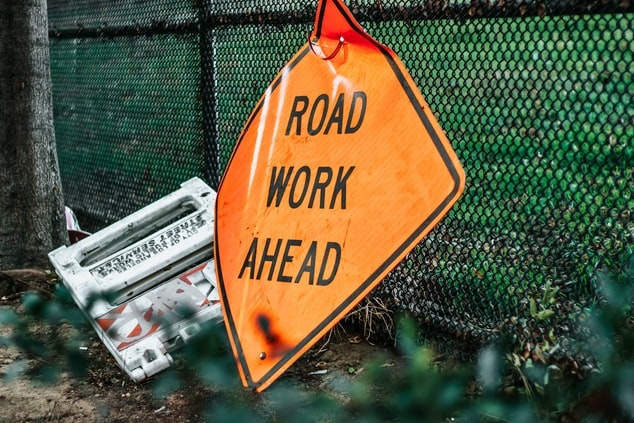 Roads, rail and other infrastructure are seen as one route out of the COVID-19 economic languor. There is talk of ‘fast tracking’ projects. Some have been on the drawing board for a long time. Now there is a sense of urgency; to get on with it.

A new Planning and Development Bill is now making its way through State Parliament. The Bill was described in its explanatory memorandum as both ‘an urgent response to the COVID-19 pandemic, as it relates to planning and development impacted by the greatest economic crisis since the Great Depression’ and the first tranche of a set of broader planning reforms.

The land for these projects has to come from somewhere. In Western Australia the Government doesn’t have to pay compensation before it enters onto private property and starts work on a project. This effectively means that the main takings statute, the Land Administration Act 1997, is ready made to complement the proposed fast tracking of the planning system. The compensation to the dispossessed landowners may take years to settle and be paid. Each case can become another story in a long history of stories about how the state behaves when private property is needed for a public work.

The film ‘The Castle’ has become a cultural touchstone in Australia for the property rights of the ordinary person in the street. It is a story of how tenacious ordinary folk prevailed in the face of stubborn bureaucrats wielding great power and of course, it is retold as a story based on fact, that had a happy ending.

We all know that in real life not all stories have a happy ending. Ordinary folk and businesses of all sizes find it hard to navigate the complex regulatory framework of compensation for the taking of their land for public works, such as roads, railways and other infrastructure. There are a number of reasons why this is commonly the case, including the power imbalance between the State and the land or business owner, particularly in regard to financial resources; lack of time; the mental stress of fighting the State for a long time; and the need to get on with life without the worry involved in a major argument with a monolithic adversary.

To be fair, I have no doubt after dealing with State bureaucrats in these matters for more than 40 years, that many of them have sound motivations in the way they do their job, which is principally to look after the interests of the State. That, in a sense, is for the benefit of everyone. The ‘public interest’ it is sometimes called. The problem is that perhaps too often in this process the rights of the landowner are not always respected and many people perceive that they have not been fairly dealt with by the system.

The ordinary landowner is often affronted by the exercise of State power to take their land, even where it is said to be for the ‘greater good’. ‘Why me?’ is the instinctive reaction. ‘I did not invite this action. This is very inconvenient and I want to be compensated properly’. This is despite the State following well used procedures designed to inculcate fairness into the system. Why the system may not always live up to expectations that it will be fair might be better left to those who understand the organisational psychology of state apparatus, which is somewhat beyond my expertise as a lawyer working in the area of governmental takings for public works.

Usually, the Government response to complaints about the takings process is that compensation is payable. It is just a question of assessing the compensation and we do our best to make it fair. ‘There’s the rub’ and a great source of trouble. The State’s idea of what is fair compensation and the expectation of the landowner can be vastly different. Assessing compensation has a number of moving parts and is complex. This is particularly so when the property is used for a business or is specially adapted for a particular use or has some unrealised potential that in time would have matured to the benefit of the owner, had it not been for the taking.

Often the ‘public interest’ and what the State can allegedly afford is used by it to justify trying to cut compensation to the quick. This, of course, is a one sided view. The reverse is that if the State can’t afford it, how can the ordinary home or business owner who is seeking compensation?

Negotiation with the State is an option and can bring about a sound result. Unfortunately, negotiation does not always end well for the landowner. The gap between what the State is prepared to offer and what the owner is prepared to accept can be too great and if it is significant in monetary terms, litigation may be a realistic option. When the response to a State offer is, in the words of the hero in ‘The Castle’, Darryl Kerrigan, ‘Tell him he’s dreamin’, it may be a case of ‘game on’. Darryl eventually went to Court to seek a just outcome and that is a course of action open to everyone in our society. In Western Australia, there are even two options: the State Administrative Tribunal or the Supreme Court.

A well advised landowner will know that litigation is what you do when all else fails. It takes time, can be expensive, stressful and exhausting. Sometimes part of the cost is recoverable but not always. Early payment of part of the compensation may be possible, which can help fund the case for the landowner. Make no mistake however, litigation is not for the faint-hearted.

Why then do people litigate to get fair compensation? It comes down to commercial reality and to some extent, justice. Pain is needed if there is to be a gain on both of these counts.

It is not always necessary to go all the way to a court hearing after proceedings have been started. You can negotiate a resolution anywhere along the way and the system encourages that through compulsory mediation, which in 80 to 90 per cent of cases in Western Australia, is successful or partially successful. ‘Success’ usually means some compromise but often the process is worthwhile.

Why are compensation cases so difficult? There is no simple answer, but it often comes down to differing views on how the land should be valued. Should it be on the basis of its current zoning or its potential zoning? The parties may differ on what is the highest and best use. Various experts, including town planners, engineers and environmental consultants may be needed to support the case and above all, the parties must have valuers acting as expert witnesses.

Here are some tips. Get good legal advice early. Lawyers should advise on your legal rights and where other experts are needed, who you should engage and how they should be instructed. Do not settle on the basis of what a valuer advises, if they have been engaged by the taking authority. Also, it is generally better to pay a consultant on the basis of a fixed fee or hourly rates rather than a percentage of the amount that is recovered for you. Tempting as that may initially be as a deal, it is better to keep your interests and those of the adviser separate.

In the end, getting to a just outcome can come from negotiation and it is not always necessary to go to court. It is important, however, to be well advised from the beginning of any engagement with the state, when it is seeking to take your land for a public work.