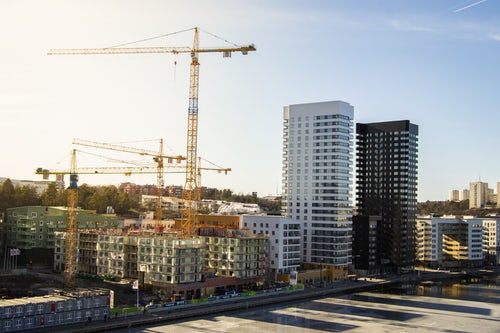 On 23 October 2013 Peter Swift was acquitted in the Magistrates Court of Western Australia of illegally clearing approximately 14 hectares of native vegetation on his 485 hectare property at Pindicup, near Manjimup in the State’s South West. The case consumed over 3 days of Court time. It is not known whether the State will appeal. The Magistrate, Ms E. Hamilton, published her full reasons for acquitting Mr Swift on 18 December 2008. She found that the State’s evidence was inconclusive as to when clearing had taken place on the land and that in any event the accused had not carried out any illegal clearing.

Mr Swift maintained his innocence throughout what became for him an ordeal that has taken its toll on his health and livelihood. He had never been to Court before this case. If he had been convicted, he faced a maximum fine of $250,000. The offence allegedly occurred under section 51C of the Environmental Protection Act 1986 (WA).

Peter Swift is a large machine mechanic and not a farmer, although he grew up on a farm and has spent most of his life in the country. His property is not big enough to farm commercially and was purchased as a ‘lifestyle’ property in 2007. Ironically, Peter is a committed conservationist who has worked hard to improve and protect the environmental attributes of the property, a fact noted by the Magistrate in her written reasons.  He had no motive for the alleged offence and none was ever suggested by the prosecution, which the Magistrate also noted. The area he was accused of clearing is a fragile salt affected area, with variable shallow soil over rock. It forms part of a seasonal wetland system.

The Magistrate said that Mr Swift impressed her as a witness of truth and genuineness. She said that on the evidence it would simply not have been logical for Mr Swift to clear the land. She not only accepted his evidence that he did not clear the land, but also that of a neighbor, Glynn Bevan, who stated emphatically that no clearing was carried out by Peter Swift.

The Magistrate also found said that acceptance of what the aerial photographs and satellite images portray, without reservation and consideration of other evidence, carries with it the potential for a miscarriage of justice.

One other comment in Magistrate Hamilton’s reasons is worthy of mention. It relates to evidence that Mr Swift carried out maintenance on an open drain previously built under the direction of a Government department, with a root rake. The State had alleged that this constituted clearing of native vegetation. The Magistrate did not agree that the work took place in the period alleged by the prosecution. She added that the allegation, if upheld, would ‘create a farcical situation whose proportions could only be envisaged by Sir Humphrey Appleby.’

What lessons of more general application can be drawn from this case? Clearly, at one level, it is about the discomfort the Magistrate felt in relying on aerial photographs and satellite images to convict a man who she found to be truthful in his claim that he did not clear the land.  It was about whether impressions gained from artificial processes are to be believed over the clear evidence of the accused and his neighbour as to what actually happened on the ground.

At another level, the case raises questions about how the legal system should deal with clearing cases, involving as they usually do, ordinary citizens who would not normally see the inside of a criminal court.  It has to asked whether there are better ways of dealing with issues of this kind, for example, through the State Administrative Tribunal, which is not a criminal jurisdiction and has a good record in resolving disputes in mediations and hearings.

There is also a broader question about the complexity of the laws relating to clearing and whether some revision should be considered. This is not about the objectives of the laws but rather how the objectives can be achieved fairly, with due deference to well established legal principles aimed at establishing an equitable balance between the interests of the citizen and the State.