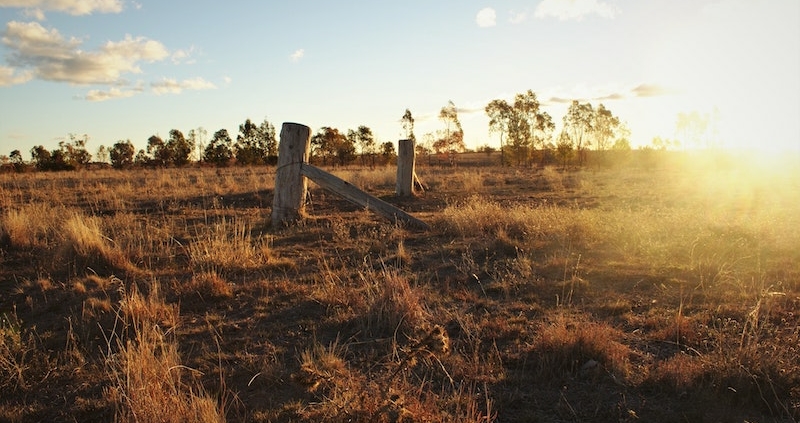 This case was a matter on appeal from the Magistrates Court of Western Australia, deciding the issue of whether the clearing of vegetation was a development that required approval from the City of Kalamunda for the purposes of the Planning and Development Act 2005 (PD Act).

In late 2015, ACN 605 729 995 Pty Ltd (Company) purchased a lot in Wattle Grove (Property) adjacent to Hartfield Park, a Crown reserve. Mr and Mrs Savage are directors of the Company. Under s 33(1) of the Bush Fires Act 1954 (WA) (Bush Fires Act), a local government may give notice to an owner or occupier to create firebreaks to prevent a bush fire. For the 2015/16 period, the City of Kalamunda (City) issued a Firebreak and Fuel Load Notice (Notice), which required the owners to construct a three metre fire break around the Property and remove all living or dead trees from the area. The Notice required the Company to create firebreaks on or before 1 November 2015, or within 14 days of becoming an owner or occupier of land (if this was after 1 November 2015). The fire breaks were required to be maintained up to and including 31 March 2016.

In December 2015, after the signing of the contract of sale for the Property but before settlement, a severe bush fire burnt over two days in Hartfield Park and also burnt the rear of the Property including parts of the fence line. Firefighters knocked down trees on the Property in an effort to control the blaze.

Settlement occurred on 20 January 2016. Following the bush fire, and prior to 28 January 2016, Mr Savage took to creating firebreaks within the period set out in the Notice. Mr Savage placed the already fallen trees in piles and instructed workers to cause about 20 non-native trees to be cleared. City officers inspected the Property on 28 January 2016 and 12 February 2016.

The City charged the Company and Mr and Mrs Savage on two accounts under s 218 of the PD Act for carrying out clearing on the Property without obtaining prior development approval from the City as required under the City’s Local Planning Scheme No. 3. The first charge was for the clearing that was carried out after the bush fire. The second charge was for the clearing of specifically identified trees following a separate directions notice issued by the City on 14 February 2016 after the City’s officers attended the Property. The second charge was not a relevant matter on appeal.

The Magistrate dismissed the charges, concluding that the removal of the trees was not a ‘development’ for the purposes of the PD Act. Mr and Mrs Savage contended that there was no legal requirement to seek development approval, as clearing the trees was required under the Bush Fires Act. Therefore, s 31(1)(b) of the Criminal Code applied as a defence. Under that section, a person is not criminally liable for an act which is done ‘in obedience to the order of a competent authority to which the person is bound to obey’. The City appealed this decision to the Supreme Court of Western Australia.

The four grounds of appeal were that the Magistrate had erred:

On the first ground, the Court held that there was no issue that clearing of established trees leading to significant permanent alteration of the land is an activity that may be ‘development’. The Court considered the key issue of whether the clearing in this instance constituted ‘development’ and did not agree with the City’s contention that because ‘development’ includes clearing of established trees over land, the charge was proved. The Court applied the principle from Claude Neon Ltd v City of Perth [1983] WAR 147 and considered ‘whether an activity was of such a degree as to constitute development’.[1] The Court accepted that clearing in compliance with the Notice led to a permanent alteration of the land. However, when regard was had to the circumstances, the clearing did not constitute ‘development’. Justice Curthoys did not see why Mr and Mrs Savage would be required to seek approval from the City to comply with the Notice and bring the Property into the standard required by the City, when a failure to comply may result in prosecution.

In addition, Justice Curthoys clarified that the intention of a property owner to carry out development does not need to be established when considering the finding of an activity as ‘development’. The trial judge considered the existence of this intention as ‘developmental ideation’. For example, the trial judge considered that if there had been a plan to make a car park which required the removal of trees then the removal of trees for the car park would be development. Justice Curthoys did not accept that ‘developmental ideation’ needed to be established. His Honour held that there is nothing in the PD Act that suggests that a person’s intention is a relevant matter to determine what constitutes ‘development’. The relevant test is an objective test ‘having regard to what has happened to the land’.[2]

On the second ground, the Court outlined there were two requirements under the Notice – the first relating to creating firebreaks on the boundary and the second relating to creating other firebreaks and removal of specified flammable material on the Property. The City had no issue that the Notice provided lawful authority to create firebreaks on the boundary and therefore raised a defence by the Company and Mr and Mrs Savage under s 31(1)(b) of the Criminal Code. As a result, the burden of proof was on the City to prove that the trees cleared outside the boundary did not fall within the obligations under the Notice for creating other firebreaks and removing flammable material.

On the third ground, the City relied on evidence related to the clearing carried out after 14 February 2016 (Mr and Mrs Savage’s second charge) and submitted that Mr Savage’s actions constituted development rather than maintenance of the Property. Justice Curthoys considered that Mr and Mrs Savage had been acquitted of the second charge and any evidence in relation to the second charge was irrelevant in this appeal. The question in issue was whether the clearing carried out after the bush fire (Mr and Mrs Savage’s first charge) was lawful, not the distinction between maintenance and development. His Honour held that the onus was on the City to establish that the clearing was undertaken without lawful authority.

The Court held that the City failed on all four grounds and the appeal was dismissed.

Development in planning law is now a well-understood concept, which is legally constituted by either changing a use or carrying out physical alternations to land. In assessing whether or not a particular action or activity constitutes development, the Court will take into account matters of fact and degree.

In this case, while the Court accepted that the clearing of trees to create firebreaks led to the physical alternation of the land, when considering the circumstances, the Court concluded that clearing undertaken to comply with the Notice did not constitute ‘development’. Two matters were considered that led to this conclusion.

First, a relevant matter of fact considered by the Court was that the Notice issued by the City created a statutory obligation for the Company and Mr and Mrs Savage to bring the Property up to the standard required by the City for the purpose of creating firebreaks. Therefore, a notice by a local government authority that creates a statutory obligation to be complied with is a relevant fact to be considered in the assessment of whether an activity constitutes development that requires approval by that same local government authority.

Second, a relevant matter of degree considered by the Court was that the City had not proved whether the clearing of the trees in question had been undertaken by Mr and Mrs Savage or the firefighters. In order to assess the degree of clearing that constitutes development, a person must be found to have carried out the activity resulting in physical alteration of land. Where this cannot be found, it is unlikely that such an activity would be of a degree that would constitute development. In particular, where clearing had already occurred, the moving of trees that had been cleared by another person would not constitute development.