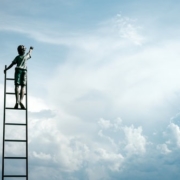 The idea that development decisions should not be linked to the vagaries of local government decision-making has some appeal. Anyone who has had experience of the risk and frustration which can attend planning decision-making by local governments is likely to consider an alternative with a benign eye. The development assessment panel (DAP) system provided for under Part 11A of the Planning and Development Act 2005 (P&D Act), may therefore be attractive to developers. Under that system, generally major development applications and others delegated to DAP’s, must be determined by a DAP.* But be careful what you wish for. The council as decision-maker represents the entire community from which developers today arguably need a ‘community consent’ as much as their statutory consents. Disempowering the council may leave the locals with a feeling of disenfranchisement and frustration not consistent with expectations of modern citizens. Longer term that could make the system more complicated for applicants for development approval. This is not intended to raise an argument against the concept of DAPs, but rather to share some thoughts borne of recent experience, bearing in mind that under section 171F of the P&D Act the regulations implementing the system are to be reviewed  ‘as soon as practicable’ after the expiry of 2 years from the day on which the regulations were made. The relevant regulations are the Planning and Development Act (Planning and Development) Regulations 2005 (Regulations), which became effective on 1 July 2011.

Developers are potentially in a bind here. On the one hand many, at least in private, cavil at the local government decision making process. Yet most, these days, recognise that community approval of a project is necessary.

There will always be an intransigent minority in a local community who will say ‘no’ to any proposal, while uttering platitudes about not being against development. However, experience shows us that most people who initially oppose a particular development, may be more inclined to accept a decision to approve made by their elected representatives.

Calls for members of the local community to have a ‘third party’ right of appeal against an approval, could be rejected justifiably, so long as the final decision at a local level is in the hands of an elected body. The case for third party appeals could become stronger if the decision is made by a DAP.

Early experience of the new DAP system in WA suggests that it also has the potential to alienate the locals and it may not have sufficient legal robustness to withstand a court challenge by disaffected members of the community.

One problem I have seen so far with DAPs, which may lead to court action, is confusion by the DAP as to its role. At this early stage, there is evidence to suggest that some DAP members may think that their role is to make good planning decisions. In a sense that is correct. At the same time the decision must comply with the local planning scheme and that should not be covered over by too strong a desire to make what the DAP considers to be a good planning decision.

Compliance will be enhanced by following well-established written and unwritten processes, for example adhering to the rules of natural justice and ensuring that everyone who at law has a right to be heard is given a proper opportunity to exercise that right. If the DAP goes straight to its view of the best outcome, despite the local planning scheme, then the decision runs the risk of being flawed and susceptible to legal challenge.

Unfortunately, it also seems the legal regime under which DAPs were established may be built on unstable foundations. This is because local planning schemes have, under the P&D Act the status of parliamentary legislation.  They are not mere guidelines. Some members of the local community are likely to have a legal right, or ‘standing’, to challenge a DAP decision which is at variance with a local planning scheme.

Ultimately, these concerns will have to be tested in a court and the prospect of that happening is likely to be hastened if a community is disaffected and feels it has not been given an adequate opportunity to have its say. While the DAP procedure allows for community members to be present when decisions are made and, indeed, to make comments, their calls for third-party rights of appeal would be understandable if the final decision is not made by their elected representative.

If a system lacks an adequate means by which a local community can have its say, those who oppose a development may be forced to seek other avenues of redress, including the law, or even direct action. Needless to say, such consequences are unlikely to promote the happiness of most people involved, including the developer.

Niall Ferguson in one of this year’s, BBC Reith lectures made the case against the reflexive use of more regulation as a way of addressing complex issues, on the ground that it leads to a subversion of the rule of law, in favor of the rule of lawyers. Most lawyers are well aware of the likely unpopularity of that prospect.

Experienced lawyers also know, as a general rule, that more regulation does not necessarily lead to better outcomes. Regulation which transfers power from an elected to an unelected body is unlikely to be immediately attractive to many people in a local community. While democracy is a very bad form of government, to paraphrase a famous Churchillian aphorism, all the others are so much worse. Although the WA DAP system is now enshrined in law, it would be fair to say that for many ‘the jury is still out’ on its longer term effectiveness. This is not to say that it is beyond redemption but it may need some improvement.

* Generally, development which has an estimated cost of $7 million must be decided by a DAP and, at the election of the Applicant, a proposal which costs $3 million or more may be decided by the DAP. These figures are respectively $15 million and $7 million for developments in the City of Perth’s municipal district.

Glen was featured in the 5-11 July issue of WA Business News. The article referred to the recent growth of some of Perth’s larger and well known legal and accounting firms. It made specific mention of Glen’s move against this trend to meet the market need for “the boutique niche operator, who can enhance the capacity of other professionals.” Subscribers to WA Business News can read the article here 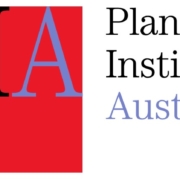 I was pleased to be the speaker and discussion leader at this Planning Institute of Australia WA (PIA) event, hosted and sponsored by Squire Sanders. The notes I used to lead the discussion can be found here. An article entitled Climate Change Law and the Real World , which I co-authored, with Professor Peter Newman is referenced in the notes and can be found here. It was a continuing education event and well attended by a strong body of town planners from the public and private sectors.

The event was video recorded and will soon be uploaded onto this website.

As is usually the case, the planners present were very responsive to the material and provided me with useful comments, some of which are noted at the end of the notes.

My thanks to the Chair of the event Chris Wark of Squire Sanders, Joel Gilman, the Chair of PIA’s Legal Chapter, who is responsible for the Programme and Emma de Jäger, PIA’s Executive Officer.