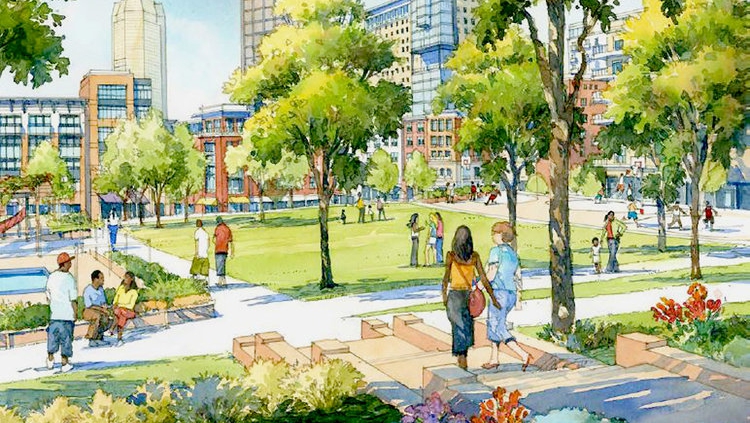 In the recent matter of City of Wanneroo v Scutti [2016] WASAT 102 (Scutti) the State Administrative Tribunal (Tribunal) was faced with a question of whether land identified as ‘public open space’ under the Agreed Structure Plan East Wanneroo Cell 4 (Hocking and Pearsall): Structure Plan No 6 (Structure Plan), was injuriously affected pursuant to section 174 of the Planning and Development Act 2005 (WA) (PD Act).  The relevant planning scheme was the Shire of Wanneroo District Planning Scheme No. 2 (Scheme).

The Respondent submitted that the land was reserved within the meaning of s174 of the PD Act because the land was and identified as ‘Public Open Space’ in the ASP 6, thereby having the effect of prescribing its use. The Respondent argued that this prescription caused the land to be classified as a ‘Local Authority Reservation’ under the Scheme and therefore was injuriously affected.

The Tribunal held that pursuant to sections 173 and 174 of the PD Act, injurious affection can only arise as a consequence of making or amending a planning scheme. As such the Tribunal had to determine whether the adoption of a Structure Plan was equivalent to, or could constitute, the making or amendment of the Scheme.

In determining that the two processes were not equivalent, the Tribunal made the following findings:

Importantly, the Tribunal determined that the Structure Plan was a circumstance that caused relevant provisions of the Scheme, that had been in existence since the making of that Scheme, to potentially have the effect of causing injurious affection to the land.

In applying that reasoning and the relevant provisions of the Scheme to the circumstances of Scutti, the Tribunal concluded that nothing in the Scheme or in the text of the Structure Plan could be said to identify the land as a reserve. Thus, no right to claim compensation for injurious affection was available.
November 17, 2016/by admin
https://www.glenmcleodlegal.com/wp-content/uploads/2019/05/compensation-claim-for-injurious-affection.jpeg 522 750 admin https://www.glenmcleodlegal.com/wp-content/uploads/2019/05/Glen-McLeod-Legal-Logo-big.png admin2016-11-17 08:03:492020-04-24 03:55:10Can a claim for compensation for injurious affection be made for land identified as 'public open space' under a structure plan?
Scroll to top